In this day an age with so much on the internet you might ask “Why Blog”? The answer may be simpler than you think. You have a business.  You have a replicating website.  You are pretty darn excited about your products,  your business partners.  They have been guiding you with the steps of contacting the people you know.  You have been doing that.  You’ve had some success and you’ve had some in your face rejection as well.  You are strong and motivated and you aren’t going to let anything stop you from achieving the financial independence you seek

Eventually you will need to reach out to people that you don’t know.  What are people looking for when they are looking for a home business? 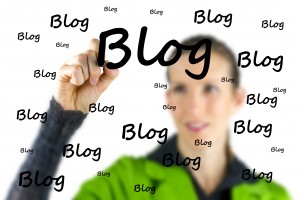 When someone does not know you and they are looking at your opportunity, what do you think they are going to do to find out about who you are?  They will Google you?  You need a Blog, so that you have an internet presence.  If people don’t know you, the first steps in any kind of sales process is that they need to know who you are, like you and trust you.

How will that happen if you have never done anything on the internet?  So, the answer to the question of “Why Blog” is simple.  You need to create an internet presence.  So, how are you going to do that?  Let me tell you a little of my story on how I entered into the world of the Internet.  I was pretty nervous, because although I loved people and had been successful in working with and guiding people, I knew nothing about how to have an internet presence.

I joined a program called EMP which is a program that teaches you all the elements of doing things online successfully. It’s actually a PhD Program of how to work on the internet.  I didn’t know anything about Blogging or having an internet presence.  I did learn about Blogging, how to create a Sales Funnel, how to use Social Media and much, much more.  The bottom line about being on the internet, is that it just like working with people you already know,  it is all about building relationships.  The only difference is that they start out online.

My question to you is when will you be ready to put your toe in the water and expand your horizons to the big world of the internet?

Please share this blog if it gave you food for thought about what you want to do next. If you want to learn more about how you can do this, please contact me  and  will guide you to your next step. 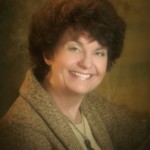 P.S. Stop the pain of struggling today. There’s an answer waiting on the other side, one simple system that I use to generate upwards of 20 leads a day for my business. (Unless You Already Have Too Many Leads) –Click Here For Instant Access

P.P.S. Suck At Writing? Discover How To Write Epic Emails, Sales Letters, And Blog Posts Even If You Failed Every Single English Class In High School. Click Here For All The Details.

What is your Passion that burns inside you?

I’d like to tell you my Aunt’s story, because her passion might inspire you.  She has developed a passion that drives her daily and will touch your heart.   I call her Tante Anni.  (“Tante” is Aunt in German.) Her actual name is Anna Weiner.  She was born in Yugoslavia and when she was 7 years old, her mother died.  She had several sibling and the kids were parceled out to relatives.  She was given to her mother’s sister who really didn’t want her.  Her reluctant aunt told her, she was too skinny and wouldn’t amount to anything.  She said many mean things that would devastate anyone. She was not treated kindly is an understatement. (It kind of reminds me of the Cinderella story, but this is a real person that  I love deeply and it really happened to her.) 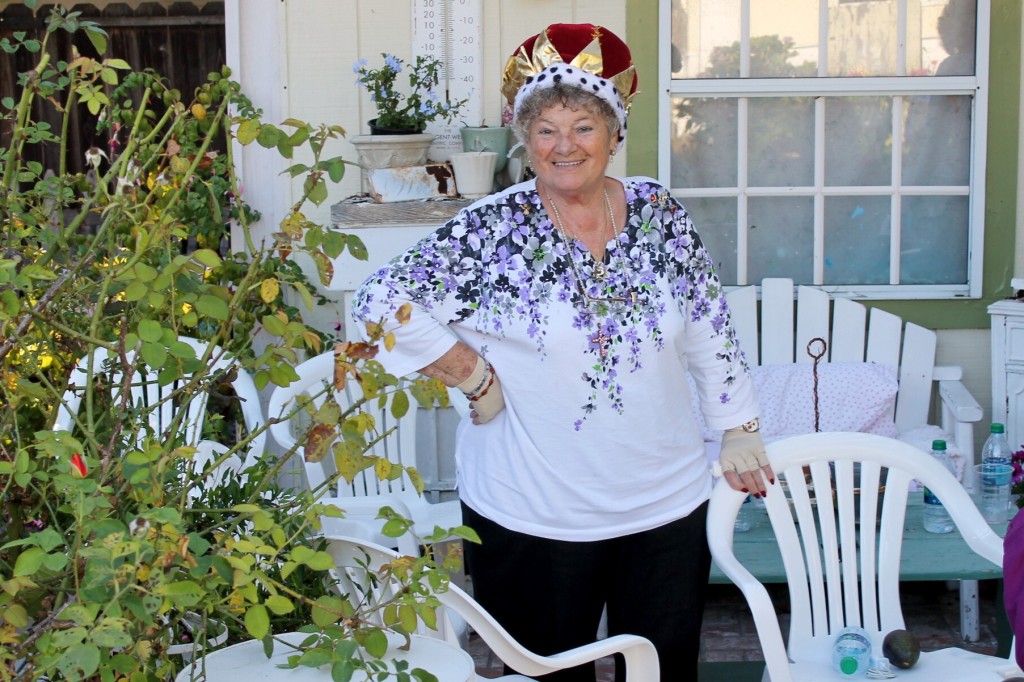 Where did she come from?

Tante Anni always tried to do her best  as a child. She grew up  during the depression of  the 1930’s.  That part of  Yugoslavia where she was born, was inhabited by German settlers who had lived there for over 200 years.  In 1942 many Germans fled Yugoslavia as refugees.  Josef Tito, a Russian Communist and close to Stalin, was President of Yugoslavia at that time.  He started rounding up Germans and put them in Concentration Camps  My father helped many Germans escape Tito’s grasp. Many fled in box cars with what they could carry.   Tante Anni was among the Germans that escaped and became refugees in Austria.

Falling in love changed her future

Tante Anni  met Sepp  (short for Joseph) my mother’s brother, and they fell in love.  They were refugees in Austria at the time.  Her brothers Rudy, Franz and Tante Anni immigrated to the US being sponsored by the stepmother’s family in the US.  She landed in Cleveland. My father and mother were sponsored by the Catholic church and came over on a freighter with me in tow as a baby. ( You can see the picture on the American Freighter with my mom on my Facebook page www.facebook.com/johanna.bakersj )

My father sponsored Onkel  Sepp, and he lived with us for a short time.  I was about 5 years old and fell deeply in love with him.  He was funny, charming and he liked this little 5 year old.  With Tante Anni now in the US  they got married. Upon meeting her, I fell in love with her too.  She had an incredible figure, and  was a foot shorter than Onkel Sepp.  I wanted to get married to him too.  They got me a little ring and I felt very connected to both of them.  I wanted to grow up to be just like her and find a husband just like him.

What did she do when her husband got sick?

Onkel Sepp developed heart problems and retired from being a painter, he painted movie stars homes.  He was no longer able to do that kind of work.  Tante Anni took a job as a teacher’s aid in the schools. She loved people and she especially loved children.  She was a natural with the children that didn’t speak English as their native language.   She remembered how she learned to speak  English and was prepared to teach these young children English and make it fun. She taught them by what they could see and learn to name.  It worked and she became even more beloved.

She became a star

She was such a shining star that the administration moved her from school to school. She was very good at developing methods to make things easier for the school, for the teachers and for the students.  As an example, buses were leaving children  at school, with no way to get home.  She developed a simple system where all the children who came to school by bus also went home on the same bus.  A simple system and kids always got their ride home. She was a natural problem solver with a lot of common sense.

Life without her Husband

What was Tante Anni’s Passion? How did she get on the cover of her local paper?

Tante Anni’s passion comes from her heart and her love of people.  No one is a “stranger.”  She gives out small self adhesive ladybugs pins.  Usually 5 of them to anyone that catches her eye and that she feels should have them.  Ladybugs are considered good luck.  She knows the name of the ladybug in many, many languages.  (No other language calls it a “bug” only English.)  In other languages the name is a tribute to Mother Mary because the lady bug kills the aphids and kept crops alive. (in German it is a Marien Kaefer which is considered a beetle.)  She has been doing this for 14 years. People she doesn’t remember, now come up to her to say hello and thank her for touching their life with kindness.  She is such a phenomenon that the local paper featured her on the front page as “God’s Little Bird Shares Love”. 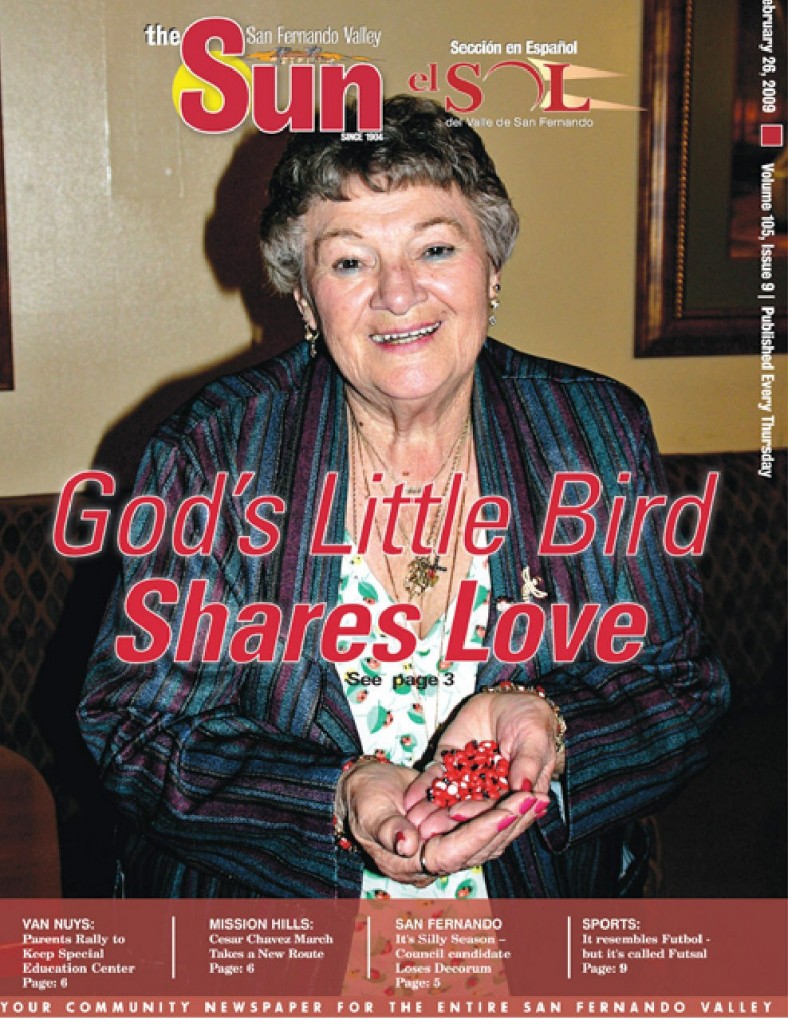 Who gets her gifts?

Anyone she sees with whom she can connect gets a handful of little lady bug pins.  She is warm and disarming. She brings sunshine wherever she goes. I asked her,” why do you do this? “ She explained that her “passion comes from wanting to brighten another’s day”.  She explained that she had  such suffering as a child at the hands of the aunt who raised her that “ I want to bring hope and love and kind words to anyone who comes my way”.  She is on a mission to bring sunshine into their lives.  I have witnessed her in such encounters and the recipients are joyful to have met her and received her gift.

So my question to you is, “What is your passion?”  What drives you when you get up every day? Do  you have a burning desire to make changes in your life? I know I am one of those people.  Are you? What do you want to change?

How do want to make the world a better place? Is it doing something like my Tante Anni does?  Think about it and please leave me your comments.  If this story touched you,  please share this story  with someone you know if you think it will brighten their day. Please share it on any of the links below. I look forward to hearing from you. 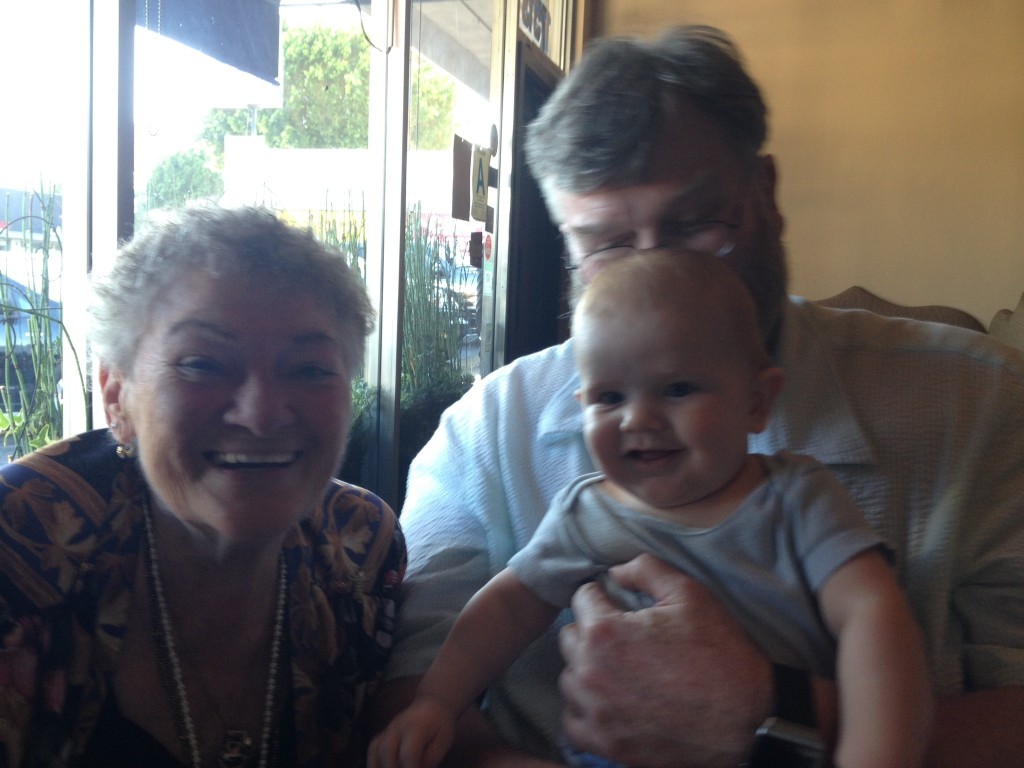 My husband Jim, my great nephew Graham and my beloved Tante Anni

P.S. Interested in helping others and yourself. check this out.