Success comes from the Inside Out not from the Outside In 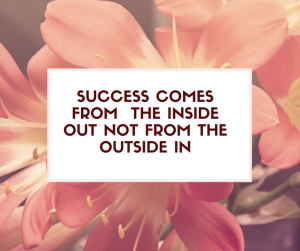 What are the 10 tips for success? It’s not about positive thinking.  How many of us have tried that and not had it work?  (Not that a positive attitude won’t serve you.).  A key to making a change is changing the way you think about yourself. As per Maxwell Maltz of Psycho Cybernetics, , he said ”it is folly to try to put new material over an old garment or putting new wine in old bottles.”   The 10 Tips to be successful are actually the 10 Things you must give up to be successful. You have to undergo some fundamental changes

I believe Maxwell Maltz is trying to say there needs to be a fundamental change in how we see ourselves.  If we try to use being positive about a particular situation and we have a negative concept of Self, just being positive may not be enough, if the internal view is negative, it feels fake. Once our Self-concept is changed, we can accomplish tasks easily without strain.

How does a Cosmetic Surgeon discover that changing Looks does Not change the Person?

Maxwell Maltz was a cosmetic surgeon.  He discovered some interesting things that happened to people after cosmetic surgery.  Some had a dramatic turn around when they saw themselves as more attractive. For others, things stayed exactly the same because they saw “no change” in their appearance.  So what is the difference in this Self-image?

What does Self-image have to do with Success?

He discovered that the Self-image needs to be something you can live with that is acceptable to you. You need to not be ashamed of who you are, so you can express yourself freely.  This self- image includes your strengths and your weaknesses, it is a reasonable approximation of “you” being neither more nor less than what you are.

Dr. Maltz left cosmetic surgery to work with people to help them with their ”psychological, emotional and spiritual face lift’,  because the change he wanted people to see in themselves would not necessarily come from the change in physical appearance.

Why are these concepts of Self-image so important in your success?  As you will read about the 10 things you need to give up (written by Stephen Covey), you can change these things for yourself by making a decision, taking responsibility and putting your intentions into action by consciously applying these principles in your life.  You may not have a mentor that believes in you, and so you’ll need to do these things for yourself.

Examples of Change in Self-image

In my last Blog, I wrote about Self-image and behavior. I gave examples of the trauma and difficult circumstances in which Oprah Winfrey grew up.  She had a change in how she saw herself after moving in with her father.  He was a strict disciplinarian and expected the absolute best that she could give. The change she experienced after being required to read, write, and do well changed her.  Her self- image changed and what she did changed. Remember, I wrote that behavior follows Self-image.

I also wrote about Dwayne Dyer in my last post.  He came from difficult circumstances being in foster homes for a number of years before he was reunited with his mother. He said his lesson learned was self-reliance.  He learned from this experience and grew to where through his books and lectures he is now helping millions of people to take responsibility for themselves and to forge a new future.

How does Your Self-talk affect You?

Self-talk is very powerful and can limit who we are and what we are able to accomplish.  We are always hardest on ourselves and the negative Self-talk is a direct sabotage of who we are and where we want to go in our lives. Negative self- talk perpetuates a negative Self-image.  Our own Self-image and what we see as possible for our self; is the most critical factor in our achieving success.

What is My Brother’s Keeper? 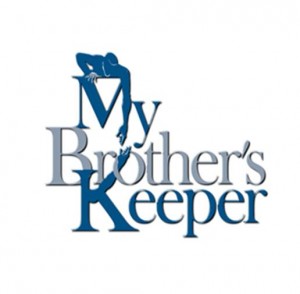 This last weekend I watched a documentary called “My Brother’s Keeper”.  http://thegrio.com/2015/06/16/president-obama-gets-personal-in-my-brothers-keeper-documentary-for-own/  This is a program that President Obama started to help male youths of color gain a new image of themselves so they can become contributing members of society.  He wants to break the patterns of African American, Latino, American Indian boys who may have had very difficult childhood experiences. He wants to give them the opportunity to make big changes in who they are if they are ready and want change for themselves….so that they will become the leaders of our future and not be a statistic of the many youths of color who find themselves in prison.

The “My Brother’s Keeper” program is an opportunity for boys that have decided they want something different in their lives  It’s about taking responsibility for themselves and getting help through a hand up that the program provides.

In the film, there is an Academy in Chicago where these young men (ages 14 to 18) are going to a school where they are challenged academically and personally to be their best selves.  They wear jackets and ties with white shirts as their uniform.  How do you think these boys see themselves?  In the graduating class they have 100% of the boys going to college.  There are other organizations BAM Becoming a Man, that are working with youth who may have had problems and with the effort of caring adults are turning around the self- image of these boys.  Remember behavior follows image.

What are they teaching them?  They have to take responsibility for themselves and their actions.  They may have had some tough breaks, but this is now and they can no longer make excuses for themselves. They are there to learn and get an education and to become better, have delayed gratification to do what is necessary to become better, to be at the top of their game.

They need to become more articulate, become a leader, no cursing, no smoking, no fighting.  They have to be ready to make a change.  When they want to make a change, someone is there to help them along to make that change.  It’s never too late to make a change.  Life is a journey, not a straight line, and with the decision that comes from wanting to be better and more, there is always time to make a change. President Obama said “the actions of who we are have to match who we want to be.” The accumulation of our actions is who we are. He went on to say “that the individual must have the internal strength to know what’s right or wrong and to do the right thing.”

Why do I tell you the Story of My Brothers Keeper?

Steven Covey in “Seven Habits of Highly Successful People” identified 10 things that we need to give up in order to move forward.  I wanted to outline them here, because it may be easier to see the simple things that will set you on the right path.  It is easy to become overwhelmed and not know where to start.

These things will help you to change your Self-image and your developed habits to propel you to where you want to be. If you want to start a business and be successful living these principles will be essential to your success.

10 Things you must give up to move forward Stephen Covey

#1   Letting the opinions of others control your life

#3    Being Indecisive about what you want

#4   Procrastinating on the goals that matter to you

#5   Choosing to do nothing

#7  Running away from problems that should be fixed

#8   Making excuses rather than decisions

#9    Overlooking the positive points in your life

#10    Not appreciating the present moment

You Can do it

I know that times are tough right now, but you can do it. You can create the lifestyle of your desires.  I am here to assist you.  If you got value from this, please comment below.

Did I help you? If so I would greatly appreciate your comments below and sharing this on Facebook. 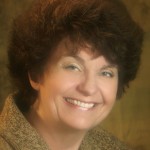 PS: Learn how to become successful in business.  Click here