Is your income staying stagnant?

Are you in a situation where you work hard and your income and your wages are staying stagnant and you feel you can’t get ahead? 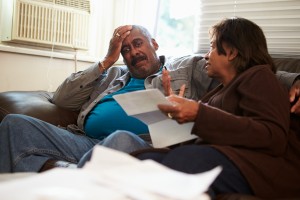 You are not alone and I want to explain why and also offer you some hope of change. First it’s important to understand the present and where we are now. Our Economy in the US has grown faster in 2014 than any other economy in the world. By the numbers in the Congressional Budget Office the deficit has dropped by a third which is a 6 year low.

The Labor Department grew for 55 months straight and unemployment fell to 5.99% the lowest since July of 2008. Despite a robust recovery 56% of Americans are feeling behind financially,this is the same as it was in October 2008 during the breakdown of the Wall Street Financial Crisis. Why are so many despondent over the economy when it has been recovering?

President Obama in a recent CBS interview on 60 minutes talked about Ronald Reagan who would ask the question, “Are you better off than you were 4 years ago?” He continued with, the Economy is back and continued with the rhetorical question, then why are people not feeling it? For Obama in 2008 when we were going through a financial melt down, we are definitely better off than we were in 2008 than when he came into Office.

He believes people aren’t feeling better because income and wages have not gone up. Paychecks have not gone up and the average American’s paycheck is still not going up. These numbers are coming from Data Economist’s sites and the Census Record, GDP and Median Income Reports.

During Reagan’s first 6 years the GDP grew by 22% and income climbed by 6%.

Adjusting for inflation the middle class is 1% poorer than in 1989 when Reagan left Office. Obama’s approval rating is 43% and Ronald Reagan was 63% at the same time they were in Office.

Guess what the new employment report sees, that this trend is continuing. It won’t matter which party is in office if changes don’t take place. The average wage in the Private Sector decreased from $24.54 to $24.33. Why are wages stagnating and falling?

Nobody knows for sure. Usually when unemployment drops you can demand better wages, but that isn’t happening. Nobody knows why. Globalization with its endless supply of cheaper labor from around the world could be a reason, it could be technology that is replacing people with machines and software.

It could could be more technical factors.Unless the American people can feel a change for the people that have jobs this will have economic and political consequences in the future.

So now that you have had a reality check, what can you do to change your own financial situation? How many jobs can you work? 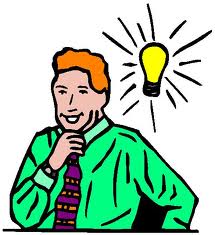 Could you add something to your life and go in a slightly different direction to help yourself and your family? What skills do you have that you might be able to monetize on the internet?

Remember the movie Julie and Julia?  This is where Julia tried out all of Julia Child’s recipes and then Blogged about it? Do you have a passion for something that you could Blog about?  Your life experience and being able to teach others what you know could be a stepping stone.

Being able to do something on the internet successfully may require learning some new skills; skills and teachers that will guide you to success.  Are you open to learning how you can Blog and do it profitably?

If you want to learn more about what it would take to Blog. There is an excellent eBook that teaches you what the Anatomy of a good Blog is. You can check it out by clicking here.

I have discovered that the internet is a way to reach people that you don’t know and help them change their financial circumstances. You may want to discover the world of the internet and how it can help you.

If this is something you would like to entertain, please get back to me.
Did This Help You? If so, I would greatly appreciate if you commented below and shared on Facebook and/or Google+.